In History we were asked to make a presentation about an invention of the Industrial Revolution. I chose the Cotton Gin.

In Biology we moves to TRANSPORT IN PLANTS. (source) 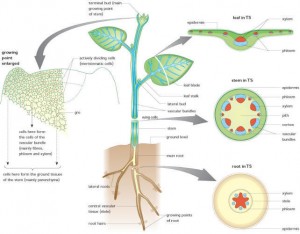 This time we will be studying in Biology the unit Plants. (source)

Bubbles are given off by the plant through Photosynthesis. By measuring the rate at which the bubbles are produced it is possible to tell how fast the plant is photosynthesizing.

a-Record your results on a suitable table.

b- Write down your conclusion.

Here is an activity we did in class with Male.

The following is the essay I wrote on games at twilight.  Nico Monguzzi corrected and commented it.

In Literature we are about to read Games at Twilight by Anita Desai. First, we had to do some activities. These are the following:

Twilight means “half-light”, and the half light of the morning or the evening is a symbol of dichotomy, representing the dividing-line which at once joins and separates a pair of opposites (division into two mutually exclusive, opposed, or contradictory groups). There are two types of twilight: The one in the morning, when the sun rises, which defines the beginning of the day. It could, at the same time, symbolize the beginning of something new; And the evening twilight when the sun sets. This one could symbolize the ending of something, but that at the same time, will state the beginning of another thing (another day for example), and so it goes.

The weather throughout the first page is described as a melting hot day, with the sun shining very brightly and with suffocating high temperatures. Anyway, the children are excited to go outside to play. They are all choppy and willing to go to the garden as soon as possible.

Words or phrases in connection with death:

In Biology we started with the topic of DNA. Here is a presentation of DNA made by Male.

END_OF_DOCUMENT_TOKEN_TO_BE_REPLACED

For our History virtual periot we had to create a timeline taking into account the events of the French Revolution mentioned in these videos. The following is mine.

Last lesson we studied how we control the body temperature.

Another factor that should be kept constant is the levels of glucose in blood.